Have you seen that on Facebook? I believe that it says something like…”It feels like January 74th. Or is it 73rd? Whatever it is…this weather is hormonal. It affects us in lots of ways doesn’t it? I tend to talk about the weather here because it contributes to moods and activity. 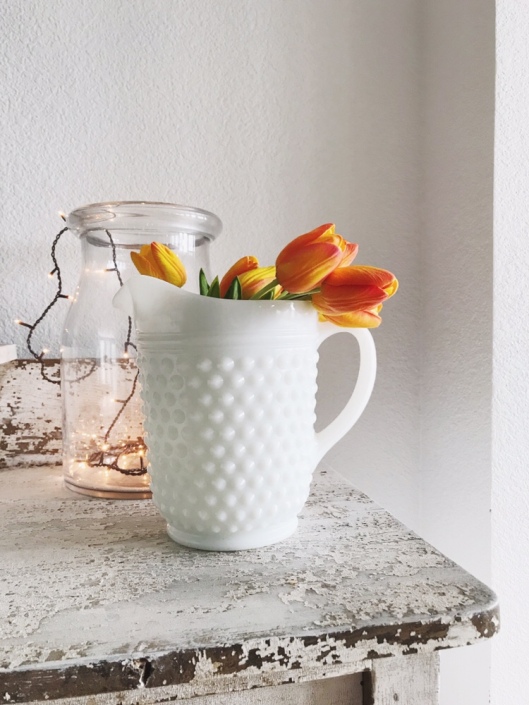 This year has kind of went by in a blur so far for us. We found out last fall that our daughter was having some physical problems so we have made several trips to St. Louis. That puts everything else on the back burner and that is definitely okay. We think that they have her on the right track now. We are so thankful for that and for the way that the Lord has directed our steps.

It’s supposed to snow a little, or sleet, and rain, tomorrow. In April. January 74th…you have been a long one.

I have been prepping for summer a bit. A pillow cover made from an old feed sack added a bit of warmth to this January weather. 😉

If it feels like January 74th to you…just hang on. It will be August 87th before you know it.

Love from the Farmhouse,

Welcome to our stretch of the dirt road! It is filled with junkin' trips, culinary experiments and anything to "fluff the nest" which is our farmhouse. I love home decor that fits my family. I love a simplicity that we can live in. Maybe that is why the country life is so appealing to us. It's a place to breathe deep...and enjoy the journey. Join us! We would love to have you. (You might even see a chicken or two.)